Home reading homework help So you want to lead an orchestra

So you want to lead an orchestra

Jeff Lynne wrote the song while in the studio late in the Discovery sessions. He sampled a drum track from a song recorded earlier in the session, slowed it down, and looped it continuously to create a new song. Using this looped beat, Jeff wrote the song on piano in the studio and immediately following created the basic backing track all by himself.

Later, Jeff wrote the words and they were added to the song along with the final touches. It is unclear if other band members, if any, were directly involved in the song, although it is likely that Richard Tandy added the keyboard flourishes throughout.

Musicland Studios engineer [Reinhold] Mack today declares that he inspired the song by one day telling Jeff to ditch the strings and just have a jam session; the truth of this remains uncorroborated as Jeff, Bev and Richard have never mentioned Mack's involvement at all and have only ever credited Jeff.

The song features no strings and is the first ELO song released to not have them included. In the UK, it is the second highest charting single with Xanadu as the top single in It entered the UK chart on September 1,peaked at 3 on September 22, and spent 8 weeks in the chart.

It is ELO's sixteenth Billboard chart single. Also of interest, this song features no strings and is the first ELO song ever to not use an orchestra at all.

It is unclear why no strings were used. It is well documented that Jeff was getting tired of the requirement for having to use an orchestra on all his songs and the Discovery sessions were the first ELO sessions in which the band's string players were not used in the studio and they were dismissed from the band shortly after the album's release.

It is likely that Jeff completed the backing track and concluded that the song simply didn't need strings, so he never added them to the song.

Indeed, Don't Bring Me Down was such a big success for the band that Jeff likely decided at that time that the use of strings would be reduced on all future recordings. Jeff has remained coy about from which song he sampled the drum beat and it might be the case that he doesn't recall himself where it is from.

Audio evidence shows and engineer Mack confirm that it was taken from On The Run, recorded earlier for the Discovery album. At the beginning of the song, Jeff can be heard counting in the song one, two-- one, two, three, four.

This appears to be Jeff having a bit of a joke, because a count-in was not actually needed for the song. The song is not actually a live in studio performance by the full band, but rather a song that is fabricated from the sampled drum beat and Jeff himself playing various instruments to make the backing track.

The count-in was probably added after the backing track was recorded. The chorus uses the nonsense word "grroosss" as it is written in the liner notes which has caused much confusion and amusement over the years.

This word has no meaning and was simply a word that Jeff had made up on the spot as he was recording the vocals. While recording at Musicland Studios in Germany, Mack according to Jeff expressed his surprise at Jeff's use of a German word in his lyrics.

It was totally by accident that Jeff's made up word "grroosss" sounded like the German word, but the decision was made to leave it in the song. Later, upon the song's release, many people misinterpreted this word as "Bruce" as if Jeff were singing the song to an imaginary person named Bruce which would be odd considering that in the song, he is singing to a female.

Somehow the rumor even started that this was a veiled reference in a lawyer for the band named Bruce, which is totally false. In any case, Jeff noted that during live shows, many fans sang the lyric as "Bruce" rather than "grroosss". Shortly afterwards, he began singing it as "Bruce" as well.

And Jeff sang the lyric as "Bruce" on the new solo version that he recorded in the s, showing that he considers "Bruce" the more correct lyric now.

Also of note, in an interview, Mack declared that the original lyric actually was "Bruce" in reference to an upcoming Australian tour, but the decision was made to change it to "grroosss" instead for the record. 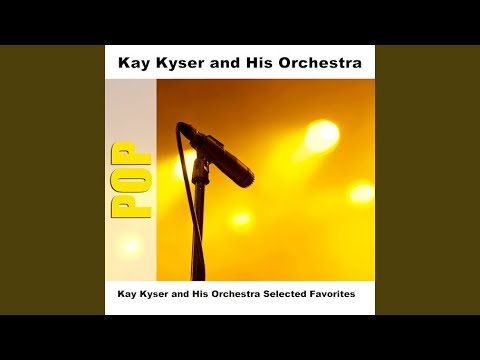 Mack is probably misremembering a few things here as there was no upcoming Australian tour and no other mention of it ever being "Bruce" originally has ever otherwise been made."Dave Clark and the Woodshed Orchestra have this amazing ability to make real life sound like the best musical in the world.

I can't name another group of people who sound so joyous together, get to some essential truths about living, and dance their pants off doing it.

Margie Adam, Songwriter () The "women's music" movement of the 70s produced a number of artists who rose above the stereotype of mild-mannered, piano-playing lesbians singing about unicorns. “A man who wants to lead the orchestra must turn his back on the crowd.” ~ Max Lucado.

I have always loved this quote and I believe it, because I see so many people in leadership who spend a lot of time wanting to be “in the crowd” instead of leading the crowd.

Tamugaia is the online portal for web games, videos, movies, flash videos, info, shows, sexy models and much more internet fun. Discover the extraordinary story of Zohra, the first Afghan Women’s Orchestra, and the international tour that captured the world by storm.

Many people have requested a post of the Carpenters’ schedule of concerts and tours. After several hours of compiling this list I am happy to present this to you.